Cruisin’ Round @ the Popcorn Tavern 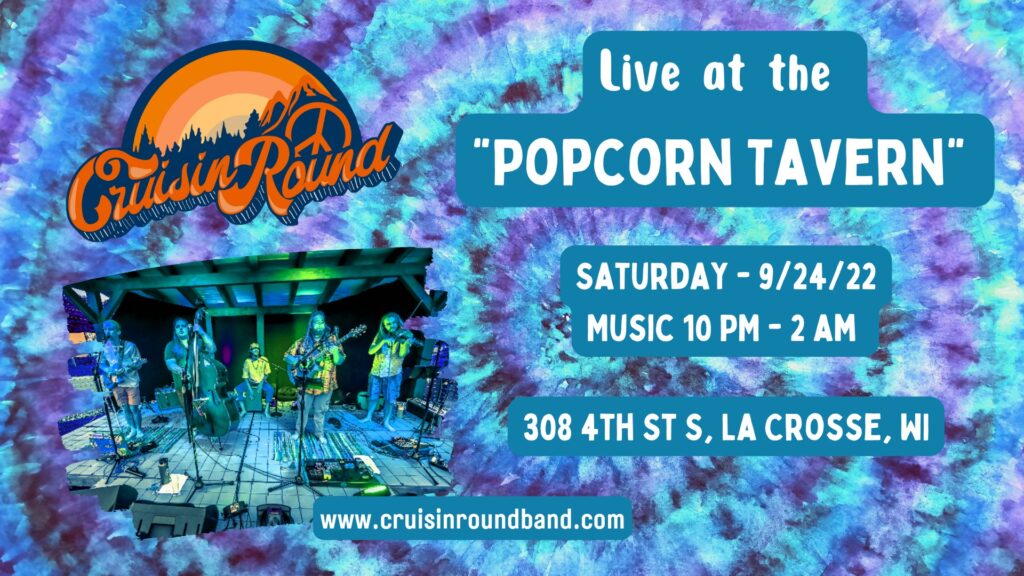 Cruisin’ Round @ the Popcorn Tavern

Buckle up, tilt that seat back a little and come along for a splendid joy ride with the Wisconsin based folk and blues band Cruisin Round. Don’t worry about the gas, with a line up like this you’re free to drift away; Bo Messer (Guitar/Vocals), Matthew Lesniak (Guitar/Vocals), Chester Wells IV (Stand Up Bass), Tomek Lesniak (Violin), and Dylan White (Auxiliary Percussion).
These fellas all have incredible backgrounds in music, having performed in several groups they’ve got what it takes to drive you to boogie town.
The band began in January 2018 with just three members and released the album “New Beginnings”. With an affinity for performing live, their blues influenced tunes have shifted the band into higher gears with six members and more albums/shows on the way. This bus ride is ready to pick up anyone willing to boogie. Come along for the ride, let your soul heal through the lyrical and musical beauty that is, Cruisin Round