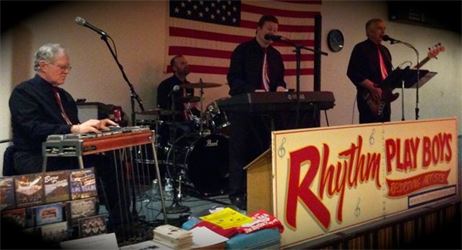 One of the longest performing bands in the country, the Rhythm Playboys generate energy and excitement everywhere they perform.  The band celebrated their 60th anniversary in June 2018. Band members Denny Marion, Ryan Herman and Karl Hartwich will be playing polkas, waltzes, two-steps, schottisches, and other popular music at this event. The band originally hailed from Pleasantville, Wisconsin, where Ralph and Norman Herman grew up in a musical farm family, listening to their uncle playing the accordion. Although band members have changed over the years, the spirit of the band and the music remains the same. The Rhythm Playboys received three Wisconsin Polka Music Awards in 2009: Band of the Year, Exceptional Achievement, and  their recording of ‘Ralph Herman – Through the Years’ was awarded Recording of the Year.